Transformational results for the regional CEO of a global company

“I found the coaching extremely beneficial in aiding me to complete my objectives in a new role. It gave me insight into how I may better approach different leadership challenges with new techniques, measures and thinking. There is no doubt my employer benefitted in terms of having a leader better prepared, better armed and more capable in successfully dealing with a variety of both internal and external issues.” 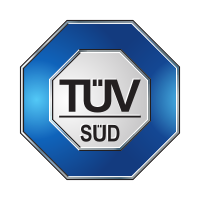 TÜV SÜD is a global technical services brand. With 20,000 employees across 800 locations, it is passionate about technology and is inspired by the possibilities of its partners’ businesses. It believes technology should better people’s lives and it works alongside customers to optimise their operations, enable them to access global markets and enhance their competitiveness.

We worked with a key individual, Terho Wilson, who approached us while working for a different employer. He needed coaching support to transition from an operational to a regional GM role. His HR department chose WWA to help him with executive one-to-one coaching because they felt that we understood and engaged well with business in the Middle East.

We worked with Terho over ten months, providing him with coaching for one to two hours every two to three weeks. From the onset we created clear, set objectives both for him and his organisation. When Terho moved to TÜV SÜD, he reported that the coaching he received was of major value to him in his new organization.

As CEO of TÜV SÜD AG in the Middle East and Africa, Terho says: “Overall the biggest success of the coaching is that today, some five years later, I still refer back to my learning and apply it my newest role, particularly in demanding situations - I can’t say that of any other type of traditional training or mentoring I have received in the past.”

back to case studies